Churches usually start off with a strong vision of their church culture. However, it takes constant work to maintain that culture.

It’s far too easy for churches to slip. A disagreement that turns members against each other or leaders who refuse to be team players start to shift the culture from positive to negative.

When church cultures go bad, it could spell the end of your church. Members and leaders leave and there’s no new growth. However, it doesn’t have to be this way.

Signs Of A Toxic Culture

The first thing to do is to recognize the signs of a toxic or bad church culture. It’s only when you start noticing the signs that you’re able to make a plan to shift the culture back to the original vision. Bad cultures happen to every church at some point, but that doesn’t mean the church is bad. It just means creating a true church family takes work, just like with any other family.

Some signs to look for with members and leaders include:

All of these could signify that something’s not right. Take a step back and look at the church as a whole. When church cultures go bad, you’ll not only see it, but feel it.

There isn’t one single reason. It could be as simple as a new mainstream cultural issue that gets everyone stirred up, such as gay marriage. Suddenly, members are divided and instead of coming together to listen, they turn their backs on anyone who doesn’t agree with them.

Refusing to tackle major issues that church members are dealing with often causes church cultures to go bad. For instance, many members may be struggling with an addiction, but instead of feeling safe to ask for guidance, their addiction just becomes the newest gossip.

Even bringing in a new pastor or staff member that doesn’t mesh with members and other staff could suddenly result in a negative culture. The truth is, even a minor change could have negative repercussions if it’s not handled smoothly. Change is inevitable, but it takes working as a team to keep the culture good.

Sometimes church cultures seem like they’re set in stone which could actually result in a bad culture in the future. While the core vision stays the same, the culture itself may need some work. For instance, a church culture that bans change is eventually going to go bad because change is crucial to bringing in new members.

Your church culture needs some wiggle room to adapt to a changing society. Trying new things could be exactly what you need to achieve your core values. However, a culture that’s all about change leaves out older members who feel left behind. It’s all about finding balance in your church and culture. As things change, your culture and church adapt.

Consequences Of A Bad Culture

It’s not unusual for a church to dismiss the signs as just normal problems. While that could be true, not taking the signs seriously is a recipe for disaster. The longer you wait to address the problem, the worse it gets until it tears apart the church.

When church cultures go bad, the problem doesn’t stay within the church walls. Instead, members talk. Just like they’d share positive news, they share the bad too. If it’s becoming a toxic environment, members will start leaving and when they do, they’ll tell friends and family not to try your church.

Plus, when members see that a culture is going bad, but leadership isn’t doing anything to fix it, they feel as if they church doesn’t care about their needs. While you can’t possibly cater to every single need, a positive, uplifting culture is a need every member has and one that you can meet.

Looking for ways to reach out and address cultural issues within your church? Reach out every day to maintain a strong culture through blogging on your church’s website. 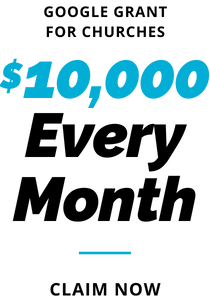